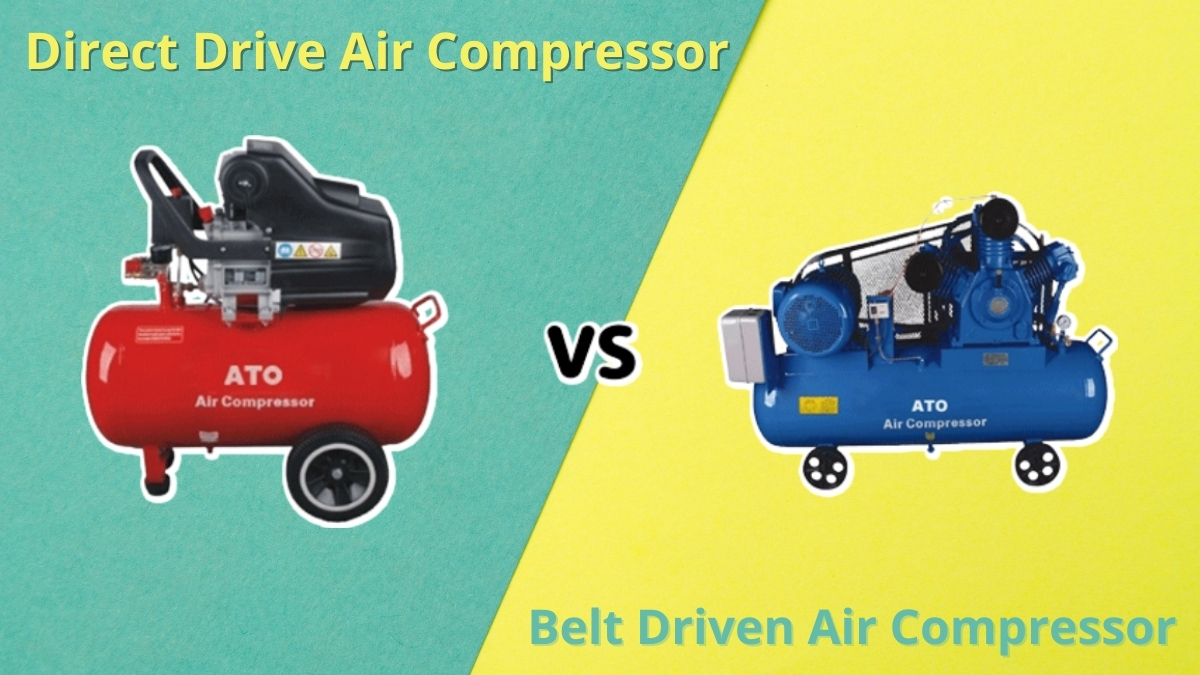 As a significant method of energy generation, compressors are used extensively in a variety of industrial areas that include metallurgy, mechanical, electronic power and packaging, medicines, chemical, food textile, transportation, and more.

Direct drive motors, as the name implies the motor is connected directly to the crankshaft.
Direct drive and belt models each have advantages and disadvantages that are inherent to their operating principles.

The best decision for you will depend on a variety of factors. This article will go over how a direct drive compressor works and explain some of the major advantages and applications of this kind of machine.

Air compressors all require an energy source. In the case of most types, this is an electrical motor. While some design aspects affect the pressure and capacity rating, the size and performance of the engine are also a factor.

Also to know: How Does an Air Compressor Work?

In general, each 5 CFM at 100psig compressed air that a compressor produces requires a minimum horsepower from engine energy.

The primary difference between the two types of screw compressors is how the motor can transfer force to the compressor. Belt-driven models offer greater flexibility since they can be adjusted to deliver various amounts of airflow capacity and pressure.

Direct drive models, on the other hand, are connected directly or through the fitting. This means they’re less flexible, but they’re more efficient. Manufacturers typically offer less compact HP direct-drive compressors as a complete package.

The distinctive style of direct drive models has numerous advantages for users. The most important benefit is that direct drive compressors are equipped with smaller moving parts and, consequently, fewer components that could be subject to wear and wear. This makes them ideal to industrial applications with heavy-duty which belt-driven models can’t perform.

Direct-drive compressors work better because they lose less energy in transmission from motors to crankshafts. While direct-driven compressors are typically more expensive to buy outright, the initial investment will be paid back over time as they’ll use less fuel throughout the compressor’s lifetime.
Direct drive of an air compressor is the term used to describe the motor’s main shaft that drives the rotor through the coupling and gearbox’s speed. It isn’t an actual direct drive in any sense.

In its true sense, direct drive is directly linked to the rotating part (Coaxial) that has identical speed. This is clearly uncommon. So, it’s not true that there isn’t any loss of energy in direct drive.

Another type of drive driven by belts permits the rotation speed of the rotors to be adjusted through pulleys of different sizes.

This belt-driven system described below is an automated system, which is the latest in technology that is able to meet the following requirements: